Too many times we see pets abandoned during weather-related disasters and with yet another Hurricane possibly headed our way (Irma), Petplan pet insurance wants to remind responsible pet parents to be aware of these simple tips to keep their pets safe and sound.

Before the Storm: Keep calm and prepare. Pets can sense barometric pressure changes, so ease worry by speaking in a reassuring voice and distracting pets with games, toys and natural calming remedies.

In the Thick of It: Take shelter and keep pets inside—do not let them out in your yard off-leash! Stock up on puppy pads for an indoor bathroom solution. If you evacuate, make sure your dogs have ID tags and cats are in crates.

No one plans on a natural disaster disrupting his or her lives. What you can prepare for is how you’ll respond when the crisis occurs. Good luck, be safe, and may we all be pet-prepared should disaster strike.

It’s not just dogs and cats that need to find forever homes, all sorts of pets, including bunnies, need homes! 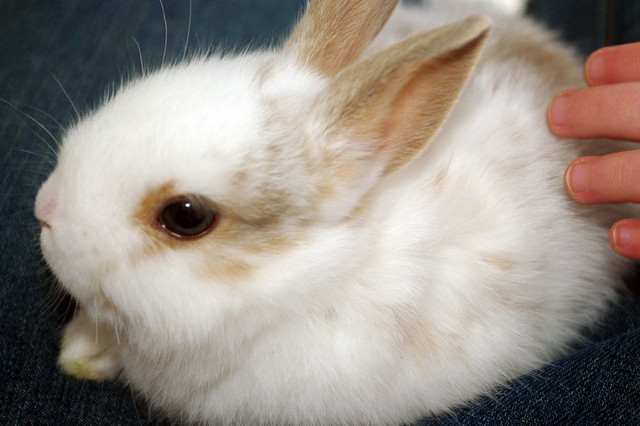 There is a great rescue in California that is working hard on behalf of bunnies, The Bunny Bunch. The Bunny Bunch was established in 1984, and is a non profit, no kill rescue and education organization run entirely by volunteers. Over the years they have rescued thousands of rabbits, mostly from high kill shelters.

Most of the rabbits they rescue come from shelters, sadly rabbits are taken to shelters everyday, mostly because people have bought them without learning about their care. A big part of the Bunny Bunch is education about the proper care of rabbits.

They even hold classes at both of their adoption centers in addition to off-site events throughout the year to educate the public.

They serve the southern part of California, so if you are in that area and looking for a bunny as a pet, please check with The Bunny Bunch first.

You may even have heard of a recent news story about the rescue of 135 rabbits that were being kept in the back of a U-haul truck. The Bunny Bunch currently has 24 of the rabbits, the rest are at Animal Control, and they are taking them in groups to their adoption centers as space permits. You can read more about it here.

We are so excited to be “spreading the news”!! Best Friends Animal Society Opens First Pet Adoption Center in New York!

The SoHo Center will Raise Awareness for the Nearly 5,500 Dogs and Cats Killed Every Day in U.S. Shelters. The State-of-the-Art Space is Part of Best Friends Effort to Make the Country No-Kill by 2025.

The national lifesaving concept space in New York City is designed to raise awareness for the nearly 5,500 dogs and cats killed every day in U.S. shelters and to engage people in the work Best Friends is doing to end the killing. The space is part of Best Friends effort to make the country no-kill* by 2025.

“Our new state-of-the-art Center in the heart of Manhattan will demonstrate to locals and visitors alike the problems and solutions facing our country’s homeless pet population,” said Gregory Castle, ceo and Co-Founder of Best Friends Animal Society. “We’ve planted a stake in the ground to take this country no-kill by 2025, but we can’t do it alone. Our hope is that visitors leave the Center with a new best friend and feeling inspired and equipped with the knowledge needed to achieve our mission.”

The Best Friends Pet Adoption Center will inspire and educate visitors from around the country via adoptable dogs and cats housed in a playful, gallery-style setting designed to help tell a story about the problems and solutions facing our country’s homeless pet population. It will also feature a round-the-clock kitten nursery to bottle-feed the most vulnerable homeless pet population. Similar to a real nursery, the neonatal unit has strict protocols to ensure the health of kittens who have been separated from their mothers before they are old enough to survive without them. At any given time up to 30 animals will be housed in the Center.

This no-kill concept space introduces a “cause cooperative” model, in which the center will showcase adoptable dogs and cats from nine local and regional nonprofit organizations, and the New York City-run shelter, Animal Care Centers of NYC (ACC). Cooperation and coalition building is a core component for a community to achieve no-kill, and Best Friends is using the new center as a demonstration of collective impact.

Best Friends is launching the New York center in coordination with a new national initiative to lead the country to no-kill by the year 2025, which means that dogs and cats will no longer die in U.S. shelters due to an inability to find them homes. The center will serve as a physical demonstration of the huge progress and momentum underway to end the killing of dogs and cats in our nation’s shelters, and will invite visitors to become part of the lifesaving work.

*“No kill” is commonly defined as a “save rate” of 90 percent of the dogs and cats entering shelters.

Best Friends Animal Society
Best Friends Animal Society is the only national animal welfare organization dedicated to ending the killing of dogs and cats in America’s shelters. A leader in the no-kill movement, Best Friends runs lifesaving programs in partnership with more than 1,800 rescue groups and shelters across the country; regional centers in New York City, Los Angeles, Atlanta and Salt Lake City; and the nation’s largest no-kill sanctuary for companion animals. Founded in 1984, Best Friends has helped reduce the number of animals killed in shelters nationwide from 17 million per year to about two million. Best Friends is determined to get that number to zero by the year 2025. Best Friends and its nationwide network of members and partners are working to Save Them All.